Join Matt Pinfield every Sunday from 8a-Noon for FLASHBACK. Matt will take you back to when rock stars played their own instruments, sang their own songs….LIVE…and give you all the old commercials and movie clips!

Matt Pinfield knew he wanted to be a disc jockey at 4 years old. At the ripe old age of 9, he had his own radio station with two turntables and a cheap mixer. At 16 Matt started doing a radio show on the Rutgers University radio station WRSU. In January of ’95, he was named Manager of Music Programming for MTV and within months, Matt was asked to host the MTV Show – 120 Minutes. With Matt’s musical knowledge and relatable delivery, MTV research declared he was their most loved VJ…he hosted over 15 regular shows, 100+ specials, and his style was the template for the original MTV2.

In the spring of ’96, Matt went to WXRK in New York to host a 4 hour free form New Music/Classic show called” The Buzz”. Matt also worked as Vice President of A&R and Artist Development for Rock at Columbia Records where he signed and oversaw the making of many gold and platinum records from 2001-2006. In July 2011, MTV brought back Matt’s signature show and changed the name to MTV2’s 120 Minutes with Matt Pinfield. Matt currently hosts the classic rock history weekend radio show Flashback for Westwood One. 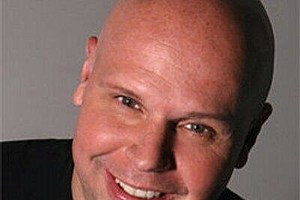 Show More
Northeast Iowa Man Struck After Running Car In Ditch
What The Heck Happened To Roseanne Barr’s Eldon Mansion?
Over 100 Animals Found Dead On Iowa Farm
Holiday Meal Essentials Being Given Away in Eastern Iowa
CommUnity Food Bank in Iowa City is preparing to give out holiday meal essentials to 1,500 families.
Gabe
Iowa’s Most Googled Thanksgiving Recipe Is Something I’ve Never Seen
This was the number 1 searched Thanksgiving recipe, in Iowa, for 2022.
Gabe
Iowa Police Warn Against Car Theft Due to Social Media Challenge
Cedar Rapids police urge precautions against a new social media challenge making it easy to steal specific car models.
Eric Stone
Iowa Mayor Needs Canceled Music Festival Officials To Pay Up
The cancellation of this major music festival event in Iowa is leaving a lot of people with questions.
Kerri Mac
Gov. Reynolds Pardons Stars And Stipes In Nontraditional Way
The annual kickoff to the Thanksgiving holiday happened Tuesday morning… except it looked a little like we went back into COVID times.
Kailey Foster
Iowa Olympian Buys Massive New House [VIDEO]
Iowa olympian just purchased a massive new house in Tennessee.
Gabe
Iowans Already Knew This But Now It’s Backed By Science
16 million gallons of Busch Light were shipped into Iowa in a single year.
Gabe